I finally have a new website and it will incorporate my blog Phashion Phorward. To continue following please visit http://www.psevelena.com.

This week’s snapshot goes to Jhene Aiko. All denim fit with a hint of white. Effortless style. 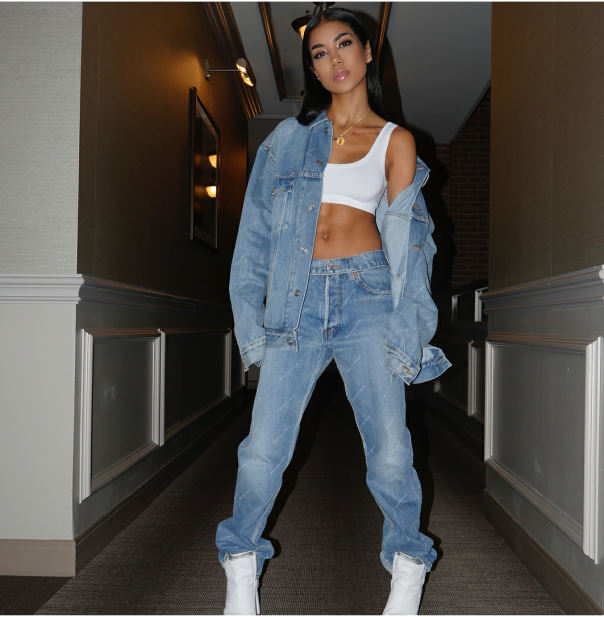 This week there were many looks that  caught my eye. Check out the looks I’ve chosen!

I absolutely love the neckline of this dress!

I love the fit of this dress!

Bringing some fabulous sex appeal to the red carpet. Taraji does not disappoint.

Zendaya had to make the list again with this dress. I think she wears it effortlessly.

Sorry I’ve been gone for so long. Life has definitely been challenging the past six months. However, I now can say I’ve been in New York for a year, and without a doubt it has been life changing. I came here to pursue my career in fashion. With my specialization being styling, I did not have a set plan on how things would begin, but I knew it was not going to be easy. There were a lot of up and downs, but looking back on everything, I can say there were more ups. Many of my peers and family told me I was so brave for leaving home and coming all the way here, but I wanted to make that move, so I made it happen.

I wanted to move here right before Fashion Week started. I didn’t get to go to any shows like I had hoped to, but I was able to attend a fashion symposium for black fashion designers. It was a very informative event. I learned some new things and the highlight of it is that I was able to meet celebrity stylist June Ambrose. I’ve been trying to meet her for years, so that was an exciting moment for me. 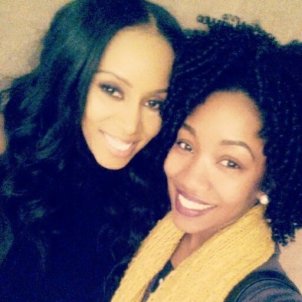 Moving forward, in March I received my first internship. It was for Bridge Showroom. Going into it, I didn’t know what to expect, but I was happy to be there. While there, I was able to experience what it was like working with a showroom. They showcase different clothing brands for buyers to put into stores. The exciting part is we were able to attend this huge trade show called Coterie, which is “a global event that connects women’s apparel, accessories, and footwear designers with the international “who’s who” of retailers.” On our lunch breaks they would let us walk around and explore. I was so amazed with all the different brands, from the clothes, shoes and accessories. I definitely enjoyed seeing everything. 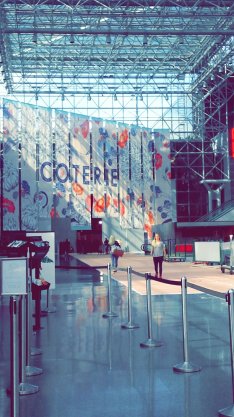 Next, was an internship I had with a stylist for an editorial shoot. It was my first time doing pickups and returns. I was still new to navigating the city, so I would get lost a lot. There was one time I needed to pick up a piece for the photo shoot that day and had to get there before the designer left. I ended up going to the wrong address and had to hurry up and find the place. Once I was able to pick up the piece my phone died. I’m sure you could imagine how I felt after that. However, I was able to find a place that had an outlet and charged my phone enough to get an Uber. I was able to get back in time to continue assisting with the photo shoot. Overall, I enjoyed that experience working with models for a magazine shoot. 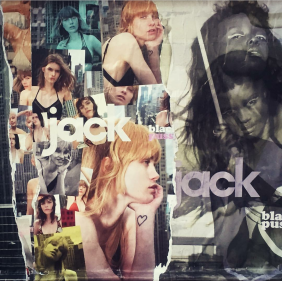 Now, a month has passed and I’ve been applying and trying to figure out what my next move is. A friend of mine, J.Dot, presented an opportunity to me dealing with film. He knew this director (Michael Pinckney) that was getting ready to shoot a new project, and whomever the costume designer was going to be, he knew they were going to need an assistant, which could be me. Looking back, I’ve always been interested in the wardrobe aspect of film/TV, but I just didn’t know how to get into it. This was my chance, so I took the opportunity and ran with it. I learned so much within those two to four weeks of prepping and being on set. The stylist that I was assisting; Kyra, took me under her wing and taught me everything I should know about the process of breaking down the script, creating a mood board for each character and so on. There is so much detail that goes into bringing a character to life through their wardrobe. It definitely takes patience and the passion for it. I loved it. I was soaking everything in. 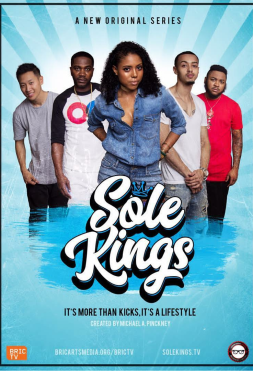 Not only did I learn a lot, but I did some networking on set as well. There was this other director I met, Curshion Jones. What I didn’t know is that he was observing and scouting people for his upcoming project “Life Through an Artist.” We had a conversation, basically asking each other what we do, and he started telling me about his upcoming project. Then he asked if I would like to be the lead costume designer for it. A part of me was like no I’m not ready, and my confidence isn’t where it should be for that kind of job. Basically he told me he thinks I can do it and that he’ll send me the script in a few weeks to see if I want to come on board.

Guess what??? Weeks went by and I ended up getting the script. I read it and loved it. Thinking to myself, I was like you know what, when will I get this chance again? It doesn’t hurt to try, so I emailed him back and told him I was on board. One of the best decisions I ever made. I was really nervous because it was my first lead project. The crazy part is that I did this project without an assistant. There were more than a handful of characters I had to style, plus the background extras. I made a couple mistakes here and there, but nothing that was drastic. Everything that I learned on the set of “Sole Kings” prepared me for this project. I was so proud of myself after we finished. Little did I know that was only the beginning!

The other network connect I made on the set of Sole Kings was with Okema Moore. She was one of the producers. She’s definitely been a huge help within the past five months. I was able to help with wardrobe for a series she was a part of called “Little Apple” (Riley S. Wilson).

This was a bit different. This time I was working with kids. It was cool seeing them act. They were adorable to watch. Another project I worked on was a short film called “Shh“, which was Okema’s project. It was a cute storyline. I enjoyed seeing everything come to life.

About a month or so later, she presented me with another opportunity to work on a series called “Journey to Love.” I think the storyline is something most can relate to. I love LOVE, and it is definitely a journey. Working on this project was a bit of a challenge, personally and professionally, but with anything comes a learning experience.

Lastly, I am currently the costume designer for a film called “Cecilia the Celibate” (Crystal S. Roman). I absolutely love this story. Definitely excited to be a part of this project. I can’t wait until the next shoot day!

Overall, I can definitely say that I am proud of myself. Moving here was one of the best decisions I’ve made. My first year here was a rollercoaster. Especially the last five months. They were really challenging, but I stuck through it. Even through the downs I’ve accomplished so much and I know more is to come. I have so much I want to do and I’m looking forward to what this second year brings. This is only the beginning for my brand(s) Phashion Phorward and PS Evelena. Can’t wait until you all see what’s in store.

Sorry I’ve been gone for so long. A lot has been going on. I will be back soon!

Did you all catch the looks from the Met Gala? The theme was Rei Kawakubo/ Comme des Garçons : Art of the In-between. Everyone in attendance did not follow the theme, but still came in style. With so many looks to choose from, here’s a few that caught my eye!

These ladies definitely came to the Met gala in eye-catching gowns. Every year is a sight to see. My favorite look is from Zendaya. From the hair to the gown, she’s definitely owning that look. What’s your favorite? Comment below. If not listed, follow the instagram page @phashionphorward to view more.

Taylor Swift has been making her mark in the music world for a while now. However, her style has definitely evolved over the years. She started out as a young teen in the public eye, growing into a young adult. Let’s check out her style evolution! 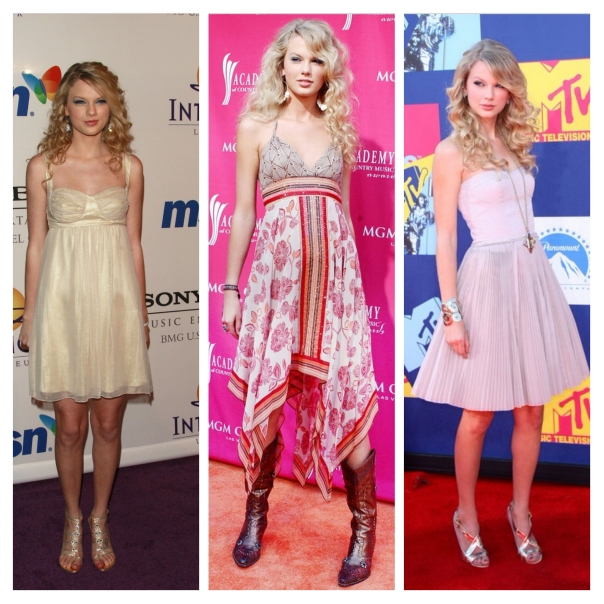 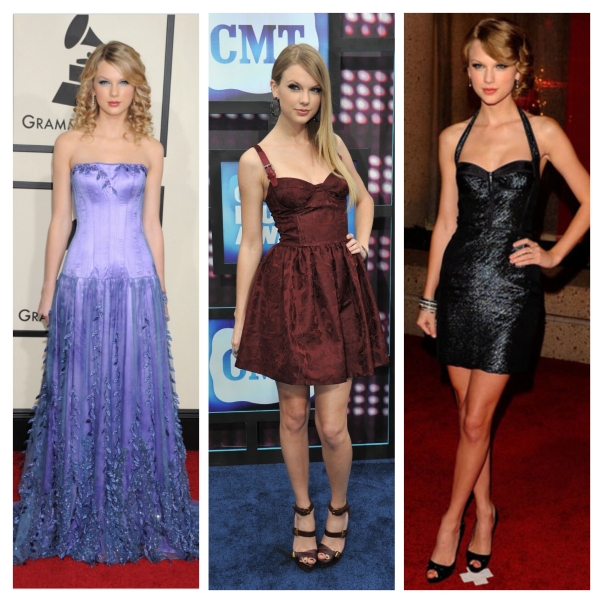 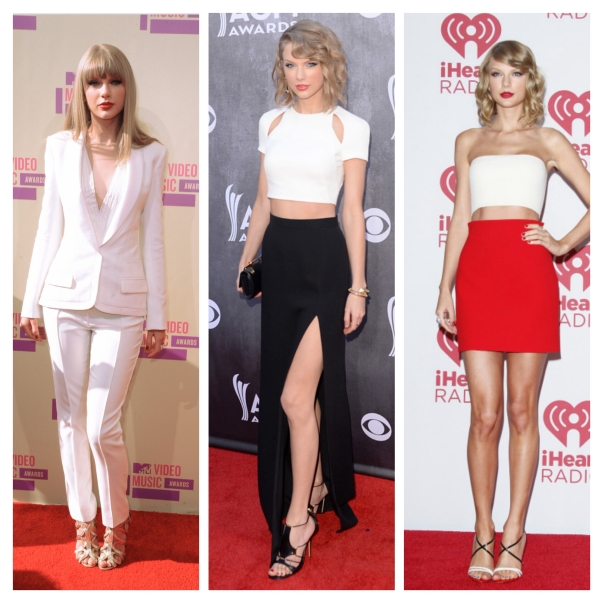 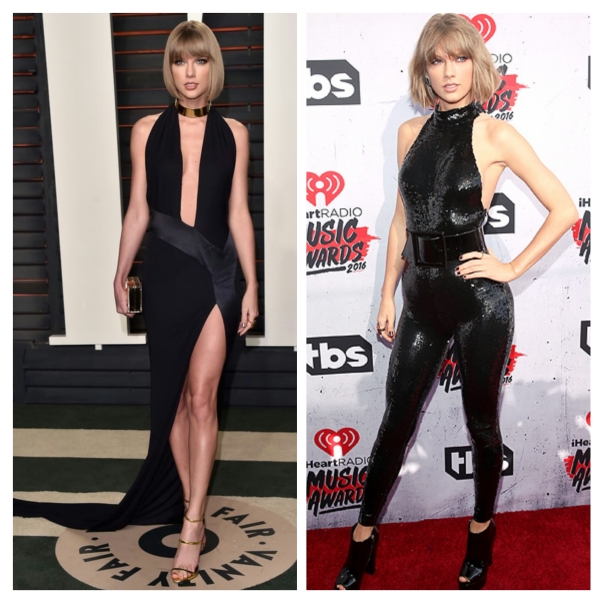 What I’ve noticed, is in the beginning her style choices were more modest, and as time went on she began to show a little more of her silhouette and skin. She explored the glamorous and edgy side of her sense of style. I definitely like her style evolution. Can’t wait to see what’s next!

The look of the week goes to Angela Simmons. Spring is here! She’s rocking denim from top to bottom, with a pop of color. It’s simple, yet stylish.

The look of the week goes to Janelle Monae. She looked amazing this week for the Oscars.

I love everything about this look. The embellishments on the dress definitely are eye-catching, and the pixie cut complements the dress.

For the after party, she kept the same color and silhouette. I love how the netted top half gives the dress a slight edge with sophistication. Fierce!

Today’s snapshot is Paris Jackson on the cover of CR Fashion Book. She is wearing a vibrant blue dress from Gucci. She looks stunning. The entire ensemble complements each other very well. Especially with the contrast of her platinum blonde hair, tattoos, and dress. It’s edgy meets glam. Fierce!

Paris Jackson is definitely growing up before our eyes. Thoughts? Comment below.